“Kirsti captures the spirit and delivery of Carole King's rich musical legacy. As a successful professional #1 hit songwriter herself, Kirsti's performance gives another level of energy and credibility to the Carole King songbook.”

Hall of Fame songwriter/author Bobby Braddock once told Kirsti Manna how much her singing voice and playing style reminded him of Carole King. Some of that is just in her genes, but countless hours as a young girl wearing out the quintessential Carole King LP, "Tapestry", certainly was a big factor as well.

After establishing herself as a #1 hit songwriter in Nashville helping launch the career of country music superstar, Blake Shelton, with her song "Austin", Kirsti returned to her performing roots. As part of the duo "You've Got a Friend - the music of Carole King and James Taylor”, she headlined with symphonies in performing arts centers and venues throughout the US and Canada. 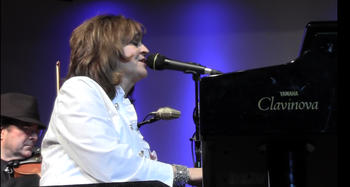 I Feel the Earth Move

Up on the Roof

Will You Still Love Me Tomorrow

I’m Into Something Good

Take Good Care of My Baby